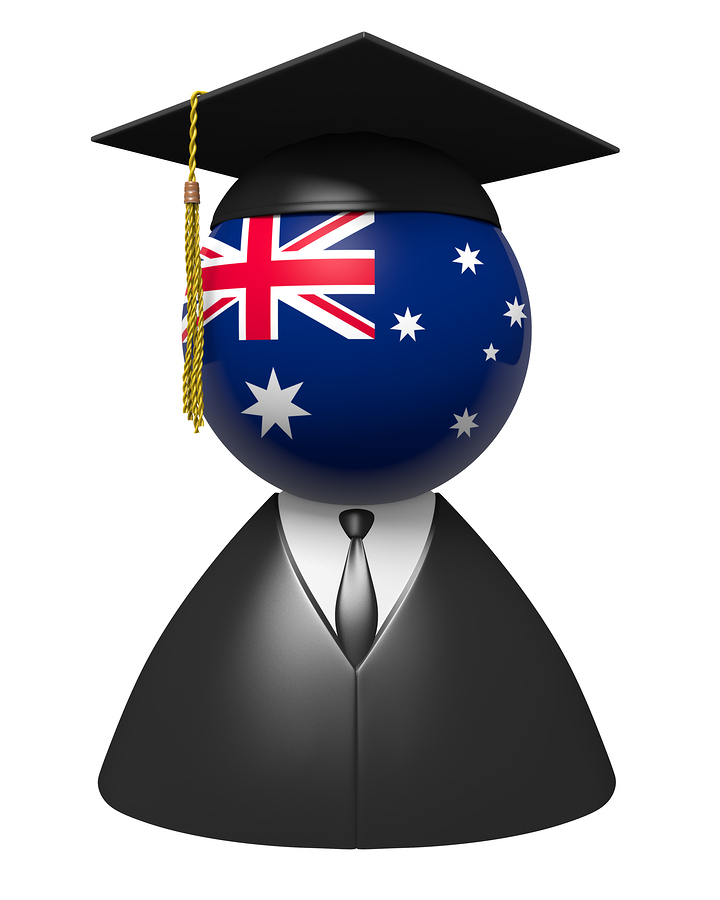 Similar to foreign academic institutions, the Australian government implements a three-level education system comprising the primary, secondary, and tertiary education. This system is applied to all states and provinces in the country though there are some differences on minute details. Primary and secondary teachings are imposed to students of ages six to sixteen. Moreover, higher education which includes vocational education and training (VET) is also catered by different universities in Australia, as stated by the Australian Trade Commission.

According to the CIA World Factbook, not only Australia is a continent, but it also the sixth largest country in the globe. With its gigantic area, a large number of people, organizations, and infrastructures, among others, are to be expected. However, as stated on different files and accounts, Australia has a low population density comparative to its capacity and other country’s statistics. This is the major reason of why number of school facilities, faculty, and students expresses a minimal quantity.

As far back as the year 2000, the number of primary and secondary schools including both government and private institutions, was determined by the Australian Bureau of Statistics (ABS) to be a total of 9, 600. The last count, which was made in the year 2014, resulted with an overall of 9, 389 schools. Evidently, the amount of primary and secondary bodies has decreased to some extent. Comparing the tallies made in year 2013 and 2014, the total number of schools had also declined by a few numbers in which the government sector has been reduced by ten schools. Although six institutions have been added for the non-government sector, the total number of primary and secondary schools had still decreased.

Looking at the totalities made throughout the last five years, it can be seen that the drop in number of primary and secondary schools mostly occurred due to merging of institutions. As specified by the Australian Bureau of Statistics, a total of 160 was reduced, wherein 146 of these were government affiliated and 14 were private schools. Along with this, the total of school admissions increased with an average size of 26 students per school for the government sector, and of 40 students per school for the private sector. Specifically, primary schools acquiring more than 800 registrants expanded from 142 to 247 whilst secondary schools with the same number of enrollments improved from 748 to 772. This shows a positive response in spite of the decline in the number of educational institutions.

As for a higher education, a total of 43 universities are fully operational, as stated by the Australian Trade Commission. Forty of these are Australian institutions, two are international, and one is a private specialty university.

The population of students in Australia exhibits diversity, varying from the locals to the immigrants and to full and part-time pupils. In 2006, an overall of 3,393,252 primary and secondary education students, including those from the government and private schools, were tallied by the Australian Bureau of Statistics. An optimistic outcome was observed at the 2014 figures, proven by a total increase of 300,849 students. From an overall of 3,645,519 students from year 2013 to the 3,694,101 count in the year 2014, a 1.3% growth has occurred. As the principal source of education, government institutions comprise 2,406,495 of these students or 65.1% of the total whereas non-government schools comprise the remaining 1,287,606 students which equal to the 34.9%. In addition to this, 31,471 students were added to the enrollees in government affiliated institutions whilst an increase of 8,421 and 8,690 students were respectively observed to that of independent and Catholic schools. This positive result was said to be mainly caused by the need in primary education which is apparent by its 2.1% increase. On the other hand, the number of students in need of secondary education stayed stagnant. A rise of 1.1% and 2.1% were also observed in the number of students in Independent and Catholic institutions, correspondingly.

Australia, with its numerous higher education programs, is also well-known to international and exchange students. From the 1.2 million tertiary students in Australia, as stated by ABS in 2010, 857,000 or 72% of this were local students while the remaining 335,000 or 28% were international undergraduates and graduate scholars. Relatively speaking, this high percentage evidently exhibits the various educational opportunities sponsored by Australian universities. Amid year 2005 and 2010, an estimated increase of 25% was observed in the number of college students, having 957,000 from the last five years to a 1.2 million last 2010. A large and rapid growth was also seen in the number of international students but only until 2009. This significant change may be due to a stricter qualification program among universities as the number of foreign understudies continuously rose throughout the years.

Higher education students are also distinguished by their mode of study, with some studying full time while others do partially. According to the DEEWRD Higher Education Statistics of all students in 2010, 70.3% of the overall is composed of full-time students whilst the remaining 29.7% comprises part-time students. Somewhat, this shows that a moderate number of students still struggle and were not able to study fully whether due to financial difficulties or personal troubles.

School staff and faculty also exhibit important roles in the education system, hence, the significance of agreeing statistics of students and academic personnel. According to ABS, an increase of 4,994.9 or 1.3% was observed in the number of full-time equivalent (FTE) in-school staff for primary and secondary schools from the year 2013 to 2014. In detail, an additional 1,969.3 staff or 0.8% of the total was assigned to government institutions while that of Independent and Catholic schools improved by 2.8% (1,792.6) and by 1.7% (1183.0), respectively. The major growth for the number of school stuff comprises teaching employees with 2,480 additional workers. Moreover, administrative and clerical personnel shadowed this increase by 1,404 added members. The rate of instructors to the number of students is also relatively agreeing. From year 2013 to 2014, the teaching staff to student ratio was 13.9 as calculated by ABS.

Statistics on revenue and budget

All educational institutions, either government affiliated or private, require an ample amount of money and a well-pondered financial plan in order for it to be completely operational and effective. The Australia government, together with various private organizations, unceasingly gives efforts to upsurge the funding for learning institutions. However, according to the Parliament of Australia website, school funding still had not significantly changed over the years. In 1999 to 2000, the real expenditure for both government and non-government schools were estimated to be $7.483 billion but only $4.792 billion was actually spent. Comparatively, the funding for 2013-2014 was approximately $13.028 billion whereas a greater amount of $13.487 billion was actually consumed. This shows a lacking in the budget assignment for educational institutions as shown by the 2.5% growth rate of the funds from 2012-2013, in spite of the labors of the Australian government. Hopefully, for the next few years, their efforts may finally pay off and produce a larger school funding.